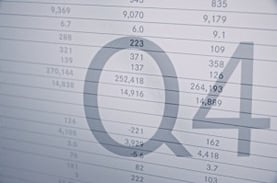 There is a confluence of events happening right now that makes Q4 2015 one of the best times in recent history to (re)negotiate SAP deals, as the following market conditions are creating an environment that is placing significant downward pricing pressure on the German based enterprise software giant.

Believe it or not, there are still first time SAP buyers, and this is a great time to enter the market.  New ERP purchasers are among the most coveted buyers in the market right now.  Relatively new cloud ERP offerings as well as strong competition between traditional software players SAP, Oracle, Infor, and Microsoft (among others) have contributed to make it a buyer’s market.  NET(net) has helped many clients achieve market optimized commercial arrangements and contractual agreements in this space, and the conditions to allow for that have never been better than they are right now.  As such, Q4 2015 may be the best time in recent history to buy ERP software.

Support on nearly every single existing SAP customer comes due in December.  For those customers, at a minimum, they have a maintenance renewal to consider.  SAP views support renewals as table stakes and gives customers very little consideration and flexibility for how they may choose to manage those investments.  Many of those customers will be adding incremental one time and ongoing monies to purchase additional licenses to expand their existing functionality.  Others will be looking to expand the functionality of their SAP licensed estates with new products and user access.  And, in all scenarios, we can help clients save money and improve the value of their SAP assets.  SAP has cleverly written restrictive contractual language, a complex construct of agreements and appendices, and obfuscated rules and policies that limit the flexibility of its customers to effectively manage their SAP assets.  These factors often make it extremely difficult for SAP customers to reduce the costs of SAP maintenance even when there are valid business reasons to justify such a reduction.  We have successfully helped our clients to overcome these obstacles to yield substantial gains and there is no better time to consider this than in Q4.

3 - The Apparent Validation of the 3rd Party Support Market

Oracle may have inadvertently also hurt SAP after the results of its’ long, drawn-out battle with third party support provider, Rimini Street, which resulted in a split-decision of sorts.  While Oracle claims it won the battle as evidence by its $50 million award, Rimini Street claims it may have very well won the war, citing that it’s clear (to them at least) that even Oracle now agrees that there is no dispute that third party maintenance providers are able to offer support for enterprise software titles.  This certainly affects SAP as third party support providers also offer viable external support options for SAP licenses at significantly reduced costs.  There are pitfalls of course, and many things to consider, but a significant number of our clients have aggressively pursued alternative support options, and have experienced large cost savings as a result, and Q4 is the time to take action on such a strategy.

4 - The SAP Promotion of Business Suite 4

In an effort to (i) migrate customers to the cloud, (ii) cut into the highly profitable database software space, and (iii) take a bite out of Oracle’s account and market control, SAP has been aggressively promoting its in-memory database solution Hana, and has been encouraging its customers to upgrade to the next version of SAP (Business Suite 4) or S/4 for short, which only runs on Hana (and no other database); commonly referred to as S/4Hana.  Previous versions of SAP were designed to run on any database, including those from IBM, Oracle, and Microsoft.  S/4 is a code base change similar to what customers saw with R/3 and it is offered in the cloud,  as an on-premise solution, and hybrid deployment options are also available.  SAP has been positioning S/4 as free to Hana customers for a limited time basis.  If not handled appropriately, this free solution could prove to be the most expensive SAP software ever sourced by a client organization.  Many customers considering their options will unknowingly sacrifice huge savings opportunities by following traditional migration paths, but enormous savings are achievable with the advanced strategic assistance of NET(net).  This is a huge market vulnerability for SAP, but don’t take our word for it; SAP Chairman to the Executive Board Hasso Plattner says, “If this doesn’t work, we’re dead.  Dead in the water”.  With so much riding on this action by SAP, clients have an unprecedented opportunity to control the bargaining table and ensure commercial and contractual terms are highly market optimized.  NET(net) is your partner in this effort, and there is no better time to negotiate with SAP than in Q4 2015.

5 - The emergence of strong cloud alternatives

Depending on your region, the industry you’re in, and the capabilities you need, there are a number of extremely viable alternative cloud offerings in the market that can give you everything you need and want quickly and efficiently in a simplified delivery model and rapid deployment.  Increasingly, clients are stripping away modular functionality from monolithic ERP software packages in favor of Software-as-a-Service (SaaS) cloud offerings that seemingly offer lower cost, full featured solutions with easier and faster deployments and fewer limitations in terms of scalability.  In many client examples, the mere costs associated with simply implementing already owned functionality in an existing ERP suite far outweighed the costs associated with buying a new cloud solution that was ready to go.  To position its business as cloud compatible, SAP has been acquiring cloud companies; notably SuccessFactors (a talent management SaaS company) and Concur Technologies (an expense reimbursement SaaS company) almost as fast as customers have been moving away from SAP, so client escape velocity away from SAP has been somewhat muted as several of the major cloud players who were taking away share from SAP have become SAP via acquisition.  This has enabled SAP to show some signs of strength in the face of cloud disruption.

In 2015, the clients who have engaged us strategically to help them cost optimize their SAP investments, while improving their agreements and relationships have averaged over 35% Savings on SAP.  There may never be a better time to get your arms around your relationship, investment, and agreement with SAP as there is right now in Q4 2015, so if you are interested in seeing what possibilities exist, contact us for more information and make this year-end one to remember.

To learn more about how you can save with SAP today, complete the form below: